Authors: Erin Muths
August 19, 2010
Rocky Mountain National Park (RMNP) has historically been a home to boreal toads (Bufo boreas boreas). Since the 1970s the number of toad populations in Colorado and in the Park has declined. Now there are only three locations where breeding is occurring in RMNP. The USGS Fort Collins Science Center has been studying boreal toads in RMNP for over 15 years and has documented population declines coincident with the detection of the amphibian chytrid fungus.

After 4 years of surveys, disease testing, and planning specific to this effort, RMNP is collaborating with USGS and the Colorado Division of Wildlife to reintroduce boreal toads to a site on the west side of the Park. The site is typical of historical toad habitat in the park, has only a small population of chorus frogs (Pseudacris maculata), no evidence of the amphibian chytrid, and no fish. Although most of the wetland dries by the end of summer, deeper waters in the middle provide a refuge for late-developing amphibian larvae. Boreal toad tadpoles do not overwinter, and therefore must grow and metamorphose before the onset of freezing temperatures and snow, making this water refugia important.

This year over 14,000 tadpoles were released by a team of over 40 volunteers on June 25th. This exercise involved carrying plastic bags filled with water and about 300 tadpoles per bag up two miles of trail and into the site. The tadpoles were hatched at the Colorado Division of Wildlife’s Native Species Hatchery in Alamosa, Colorado. The parents of these tadpoles were wild caught boreal toads from RMNP.

This was Year 1 of the planned three years of tadpole releases for this site. Boreal toads, if they can survive the tadpole stage and successfully metamorphose, take three to four years to reach sexual maturity and return to their natal pond to breed. Tracking these tiny toads is extremely difficult between metamorphosis and their return to the pond. Multiple releases over several years increase the chances that some will survive and return to breed, and is patterned after a successful reintroduction of Natterjack toads in England.

In addition to the tadpoles, seven adult boreal toads, animals that were in excess of those needed for the captive breeding stock at the hatchery, were also released. These animals, four males and 3 females, were released in early summer after receiving a hormone injection to encourage breeding. Each animal was fitted with a radio transmitter and will be tracked 2 to 3 times per week over the summer until autumn when the batteries on the transmitters will be drained.

Tadpoles are generally considered the best lifestage to use for reintroduction efforts; however, releasing adults also can be advantageous. Released adults can act as “sentinels” to detect disease, particularly the amphibian chytrid fungus. Although the site was tested using non-invasive swabs from captured chorus frogs as well as a newer technique to test the water for this fungus, the lack of a positive test does not provide certainty that the site is disease-free. Having adult toads in the habitat gives researchers the opportunity to monitor susceptible animals for the disease over the course of time. Each animal will be tested every week for the amphibian chytrid fungus and, if the organism is found, this information will be used in determining the course of the reintroduction effort. In addition to serving as sentinels for disease, released animals are being followed closely to determine how they respond to their new habitat, how they make use of it, and how far they roam from it – all critical information for other reintroduction efforts with adult amphibians. Information collected on the released adults, such as body temperature and micro-habitat characteristics, is contributing to another collaborative study (Idaho State University and USGS) on boreal toads that is focusing on toad and site temperatures in relation to the amphibian chytrid fungus at sites in Colorado and Wyoming.

Overall, the multi-year reintroduction of tadpoles and adult boreal toads represents an extraordinary example of inter-agency cooperation in working towards the recovery of a state endangered amphibian. 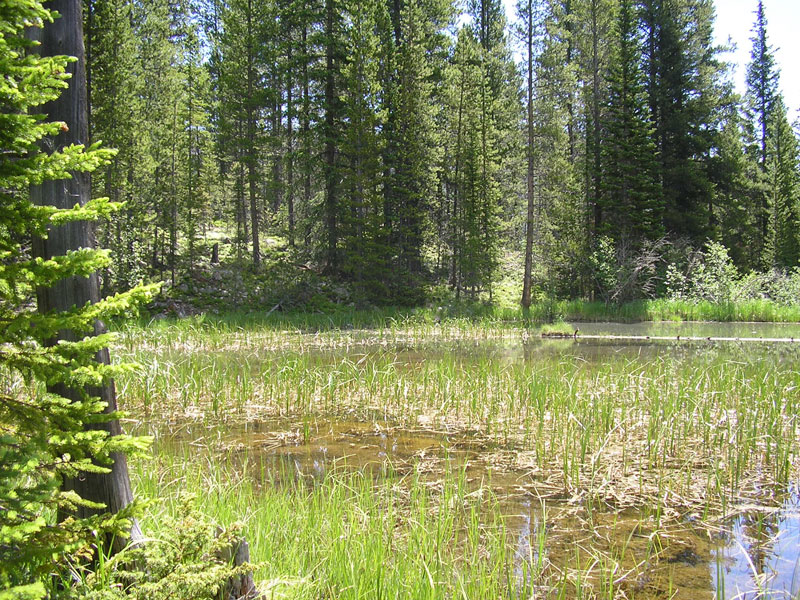 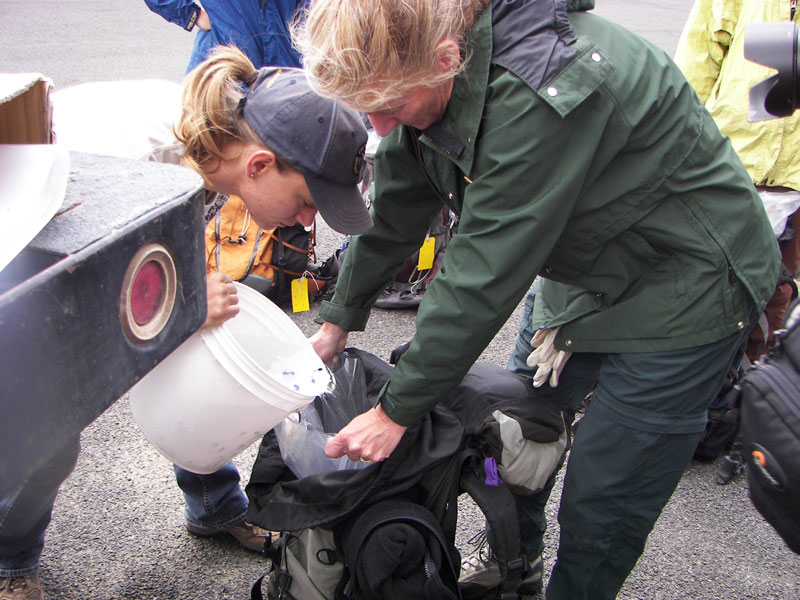 USFS and Colorado Division of Wildlife personnel load backpack with bags of tadpoles
Photo by: RMNP 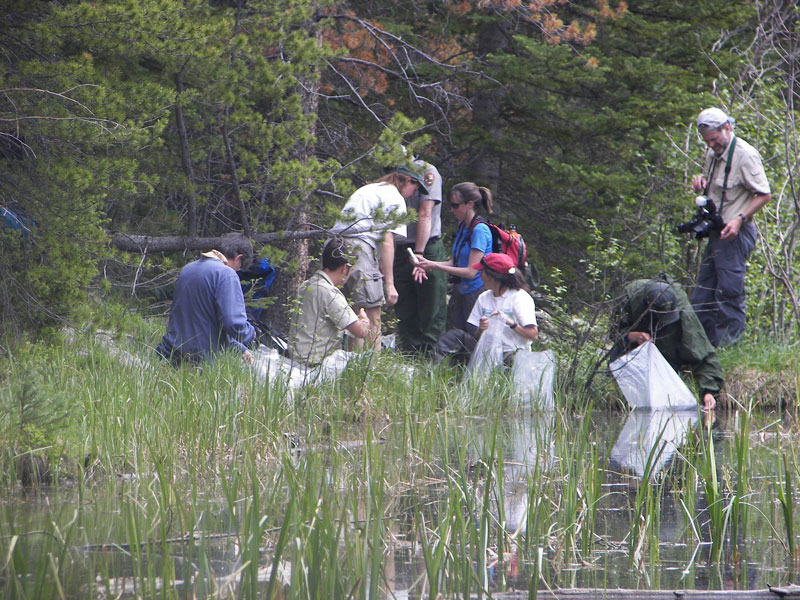 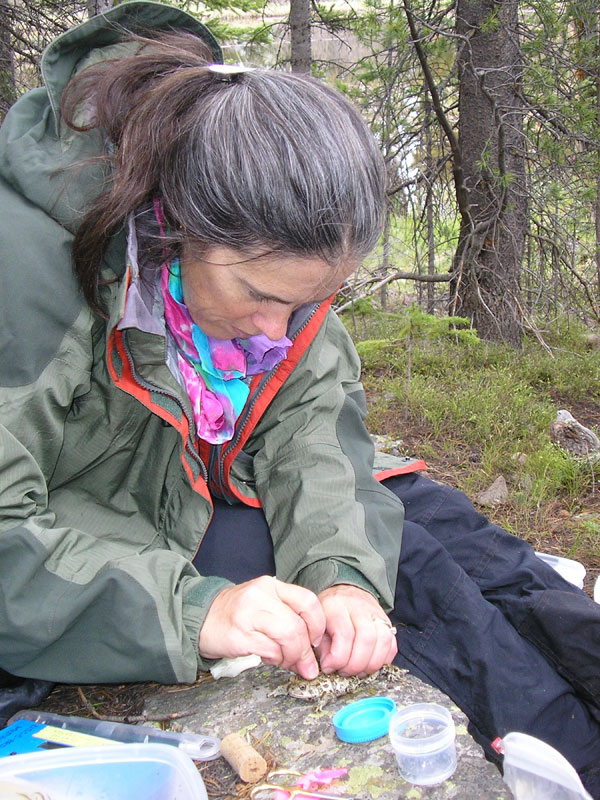 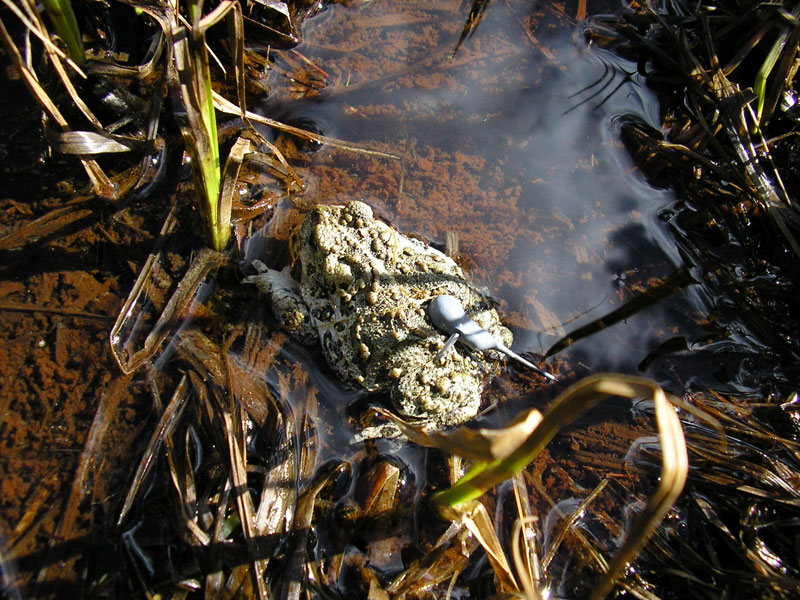 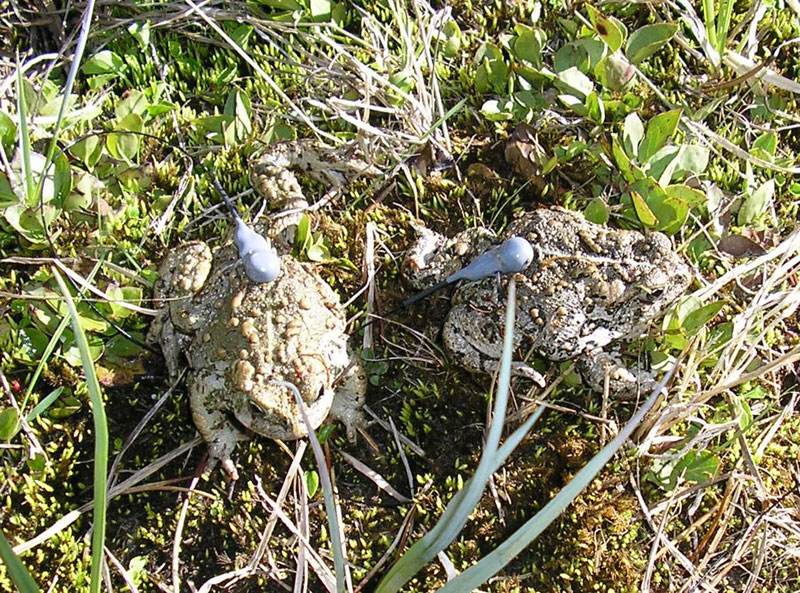