Authors: Erin Muths; Evan HC Grant
May 14, 2015
The salamander chytrid fungus (Batrachochytrium salamandrivorans; Bsal) was described in 2014, when die-offs in fire salamander (Salamandra salamandra) populations were reported in Europe. Susceptibility to this pathogen varies, but lethality is indicated in the families Salamandridae and Plethodontidae and members of both families occur in the US. Based on this endemicity, the discontinuity of the global incidence of Bsal, and the popularity of salamanders as pets, the emergence of this pathogen in Europe is presumed to have originated via the pet trade.

Over 28 million amphibians were imported in the US over a 6 year period during the last decade and that importation rate has not declined. Thus, there is serious concern that the disease may be introduced into the US in the near future, if it is not already present. This is particularly alarming because the eastern US is home to the highest diversity of salamanders in the world, including 141 species in the known susceptible family, Plethodontidae. Bsal is also known to be lethal to other US genera in the family Salamandridae (the rough skinned newt, Taricha granulosa, in the Pacific Northwest, and the Eastern newt Notophthalmus viridescens). This pathogen has the potential to have devastating consequences for native US salamanders, similar to extirpations observed in frog species in South America and Australia.

Therefore, a primary objective is to design a sampling strategy to detect the occurrence of the disease in the US (i.e., surveillance). Regardless of whether the disease already occurs in the US, a monitoring design must be developed to identify, with sufficient power, the probability the disease occurs in amphibian populations throughout the US, which must be assessed annually along with population estimates to understand the spread of Bsal and the fate of infected populations. A monitoring program in absence of a management plan is of limited use, and the design of a surveillance and monitoring program must consider possible management responses to monitoring results.

The threat of Bsal to US species provides a unique opportunity to address the introduction, spread, population effects, and control strategies for a novel infectious disease before we are dealing with widespread declines in native populations. By framing this crisis as an opportunity for learning and approaching the problem in a formal decision making context, we will increase the probabilities of early detection, containment, and successful mitigation of the Bsal pathogen. This working group will also provide a template for planning actions for future novel infectious diseases.

There is no coordinated effort to bring together scientists, managers, and policy makers to confront this crisis. In fact, such an approach to emerging infectious diseases is unprecedented, though this conceptual approach has been suggested in other disease outbreak contexts. We propose to bring together scientists, managers, and policy makers to develop an optimal surveillance and monitoring plan based on an adaptive management framework. The plan will also prescribe potential actions based on theoretical but likely scenarios develop from our experience with the amphibian chytrid fungus (Bd) in the US and other countries and the recent experience of our colleagues in Europe with Bsal. We will use a formal, structured working group with participation from scientists and managers from the US and Europe to frame an adaptive management and monitoring plan for this disease. 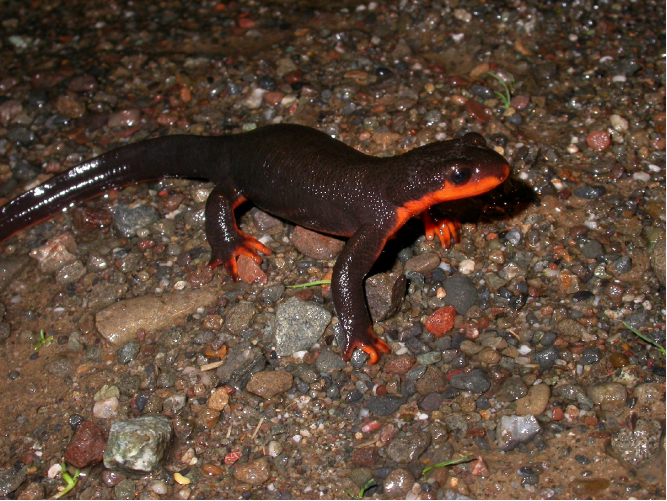