Did you hear that right?

January 23, 2012
Frog and toad surveys often rely on auditory detections of calling individuals to determine where species are and are not present. Examples include the volunteer-based USGS – North American Amphibian Monitoring Program and some of the ARMI monitoring projects. To ensure the accurate conclusions are made from survey data, it is important to reduce errors in the data from auditory surveys and to account for observational uncertainty when estimating trends. Although methods to deal with missed detections (a species is present but was not recorded) are well developed, less attention has been given to false positive errors (species that were not present are recorded).

Two experiments conducted by ARMI researchers in the past 2 years highlight the need to account for false positive errors when interpreting survey results. We used an automated broadcast system to simulate typical conditions for call surveys (Frog Radio). Thirty-six observers who are involved with monitoring frogs and toads participated in the Frog Radio experiments, logging more than 100,000 observations. A major finding was that, when recording observations under typical field conditions that include multiple calling species, background noise, and repeated observations, even the most experienced observers made a significant number of false positive errors. Overall, we found 5-8% of recorded observations were for species that were not actually played.

False positive errors are a significant component of many ecological data sets, not only auditory surveys. Error rates such as those observed during the Frog Radio experiment, can lead to severe biases in conclusions about ecological systems if they are not accounted for. This motivated us to develop new statistical methods to account for false positive errors when estimating trends in species occurrence. We built on existing methods that account for missed detections, to jointly deal with both error types. We demonstrated the new methods using call survey and visual encounter data for frogs and toads in and around the C&O Canal National Historic Park. 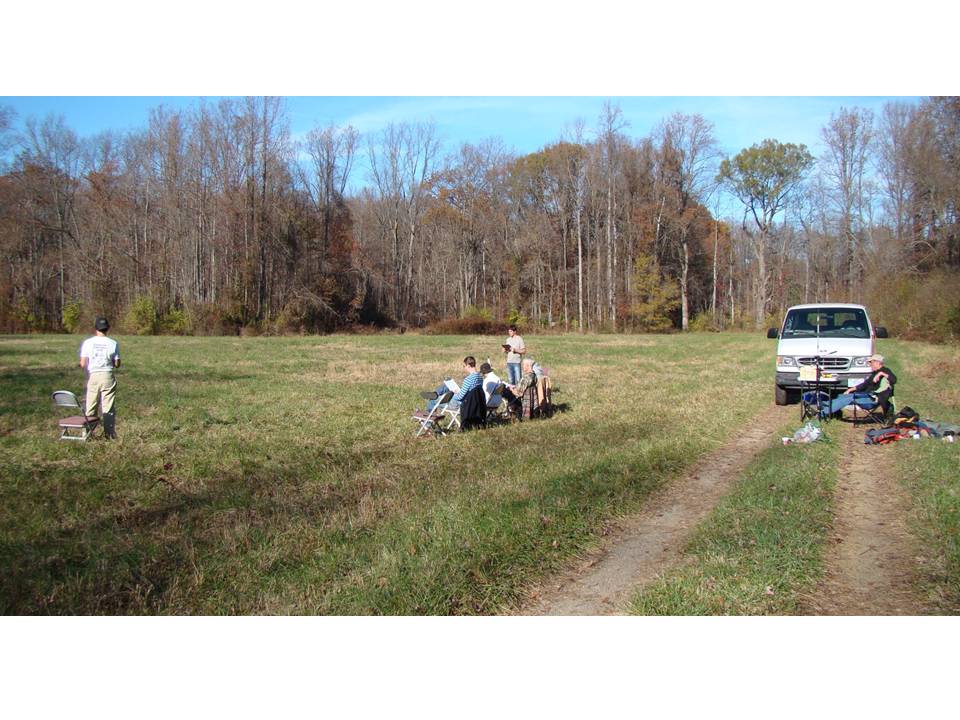