Authors: W J Sadinski
March 01, 2016
Wetlands and interconnected uplands are vitally important for human well-being and sustaining biodiversity (1-3). For example, they limit flooding, recharge ground water, filter contaminants, help regulate climate, and provide food and recreation, all of which are invaluable ecosystem services (2, 3). In addition, although wetlands per se cover only a small proportion of the earth’s surface, they support a substantially larger proportion of the world’s biodiversity by providing habitats many species require to persist across landscapes over time, including amphibians (4-7). Yet, human activities related to various land uses, the burning of fossil fuels, and the release of contaminants into the environment have reduced the quantity and quality of wetlands across the world’s ecoregions, disproportionately so relative to other land-cover types, and pose ongoing threats to remaining wetlands, the ecosystem services they provide, and the populations of amphibians and other organisms they sustain (2, 4, 5, 8, 9).

At a minimum, most U.S. amphibian species require wetlands to reproduce (6). However, as has happened in other countries, agricultural production, urban expansion, and other land uses have caused the loss or degradation of many U.S. wetlands (5, 10). Furthermore, persistent droughts in western states have caused extensive wetland desiccation recently (11) and increasingly non-stationary climate dynamics threaten to alter past patterns of wetland surface-water availability at even broader spatiotemporal scales, as well as to exacerbate effects from other global change factors (2, 12). More insidiously perhaps, the presence of pathogens that induce lethal amphibian diseases (13), or invasive species that harm native amphibians (14), essentially have caused the loss or degradation of some U.S. wetlands as viable amphibian habitat and could become more pervasive due to climate-induced changes in environmental conditions (12). Thus, assorted drivers of global change have impacted many U.S. wetlands deleteriously, with potentially widespread past, current, and future repercussions for the long-term persistence and conservation of amphibian populations (8, 9).

For these reasons, ARMI scientists and their collaborators have been assessing relations between factors associated with global change, wetland conditions, and the statuses of amphibian populations in each ARMI region across the United States. This research has been conducted most often, but not exclusively, on public lands managed by the Department of Interior and addressed questions regarding the impacts of agricultural land use, contamination due to non-agricultural chemical compounds, oil and gas production, emergent diseases, invasive species, fire, ultraviolet-B radiation (UV-B), and climate ( armi.usgs.gov/table1.php ). Results from these studies have shown the large extent to which the conversion of native land cover to agricultural crops resulted in wetland losses in Iowa, that wetlands in various regions often contain agricultural and non-agricultural contaminants and amphibian pathogens at levels sufficient to be injurious to amphibians or cause population declines, and that historically non-native species have invaded wetlands in some regions and effectively reduced habitat quality for populations of native amphibian species. ARMI researchers also described how effects of western wildfires on wetlands were highly variable and dependent upon wetland characteristics and burn severity whereas levels of dissolved organic carbon in most study wetlands were sufficient to attenuate UV-B rapidly and reduce threats to amphibians in the water. In addition, ARMI scientists studying the impacts of variable climate dynamics on wetland surface-water availability have characterized key relations that underlay the vulnerability of many wetlands and, in turn, amphibian populations to climate change.

Wetlands are fundamentally important natural resources that are vulnerable to the forces of global change (4, 5). As part of assessing the statuses of U.S. amphibian populations and causes of declines (15), ARMI scientists have measured how various drivers of global change have altered the quantity and quality of wetlands in different parts of the country. Results from such research provide resource managers and other stakeholders a unique set of information relevant for conserving wetlands and amphibians both regionally and nationally. They also help to address a larger national need for scientific information on the availability of surface waters for sustaining key ecological processes and providing vital ecosystem services in the face of global change. For more information on ARMI wetlands research in specific areas of the country, please contact the individuals listed in Table 1 ( armi.usgs.gov/table1.php ) or peruse relevant ARMI publications ( armi.usgs.gov/search/index.php ). 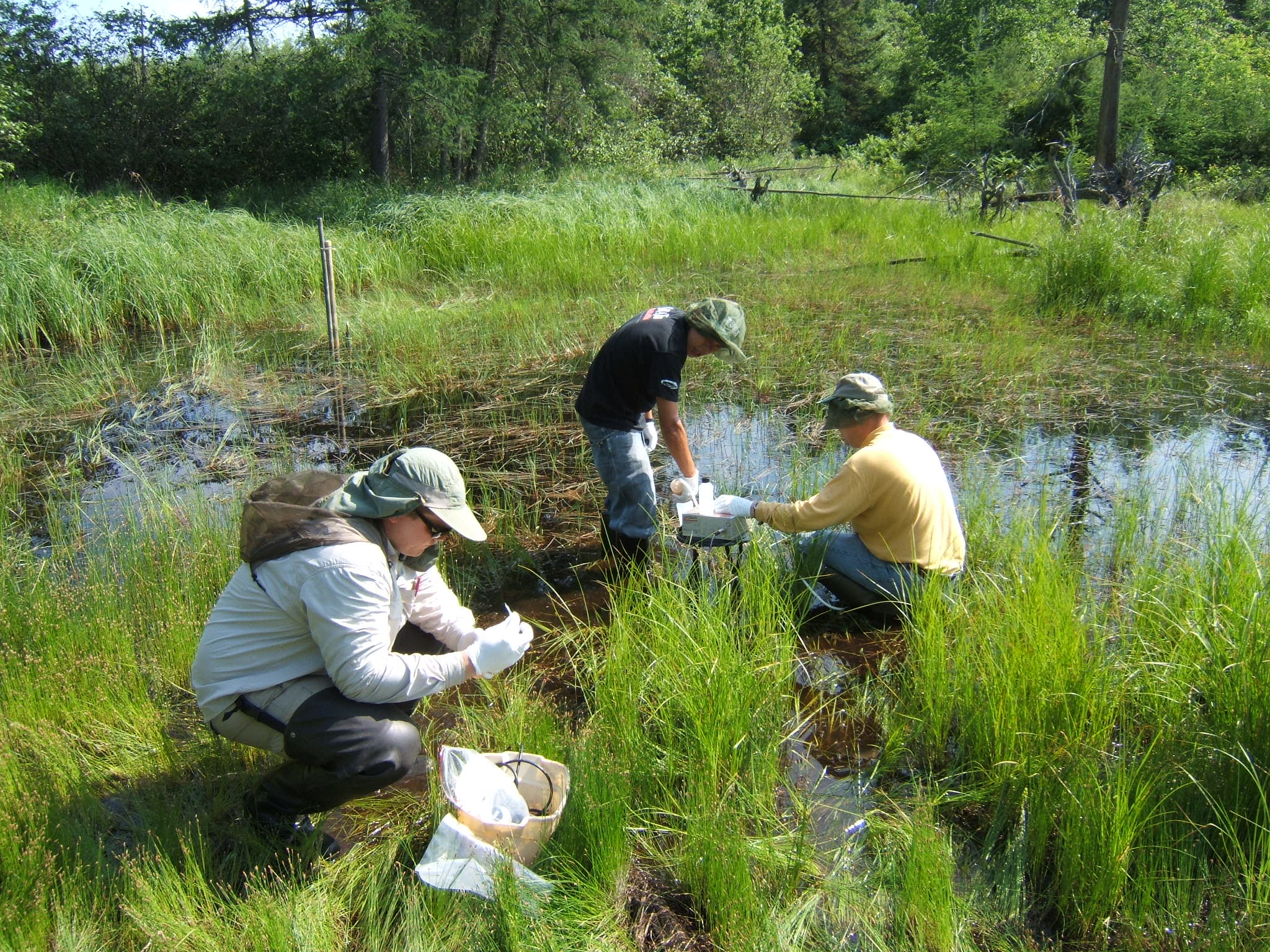