Hopeful findings for an endangered frog in California’s Sierra Nevada

Those increases, occurring over a large landscape and across hundreds of populations, Knapp said, provide a rare example of amphibian recovery at an ecologically relevant scale. The findings appear in the early online edition of the Proceedings of the National Academy of Sciences.

“We now have a parkwide picture of what’s happening in Yosemite, and it shows convincingly that these frog populations are increasing dramatically, ” said Knapp. “These new results show that, given sufficient time and the availability of intact habitat, the frogs can recover despite the human-caused challenges they face.”

“With this unprecedented, robust data set, we could look for patterns in frog population trends, and potential factors that might be influencing frogs in Yosemite,” Fellers said. “Fortunately, and unexpectedly, we found that in spite of a host of potential factors that could be working to depress or eliminate frog populations, the overall pattern has been for a slow, but widespread recovery of Sierra Nevada yellow-legged frogs.”

Chief among the culprits in Rana sierrae’s once-stark decline is deadly fungal disease called chytridiomycosis, which affects amphibians worldwide and has caused at least 200 species of frogs and salamanders to become extinct within the last 30 years.

To understand how frogs could have recovered in Yosemite despite ongoing chytridiomycosis, in addition to the extensive field surveys, the study also included a laboratory experiment that demonstrated that frogs in Yosemite that have been exposed to the disease for decades are less susceptible than are frogs from populations that are naïve to the disease.

Also a big factor in the original decline: fish introduced years ago into Yosemite waters in the name of recreational angling. According to Knapp, the new research provides clear evidence that efforts in Yosemite to reduce impacts caused by nonnative fish, such as the cessation of fish stocking 25 years ago to restore some lakes to their natural fishless condition, are succeeding.

Describing the group’s findings as “profoundly encouraging,” Kleeman said, “The fact that this is occurring at a landscape scale in the face of multiple stressors lends hope that recovery of the species may indeed be possible.” Still, he cautioned, “Significant population declines are still occurring in other parts of this species’ range, and more work remains to be done to ensure the survival of this emblematic frog of the Sierra Nevada.”

Added Knapp: “The observed recovery of frogs is particularly important because it is based on all of the yellow-legged frog populations in Yosemite. That provides a really strong foundation for the implementation of effective recovery measures.” 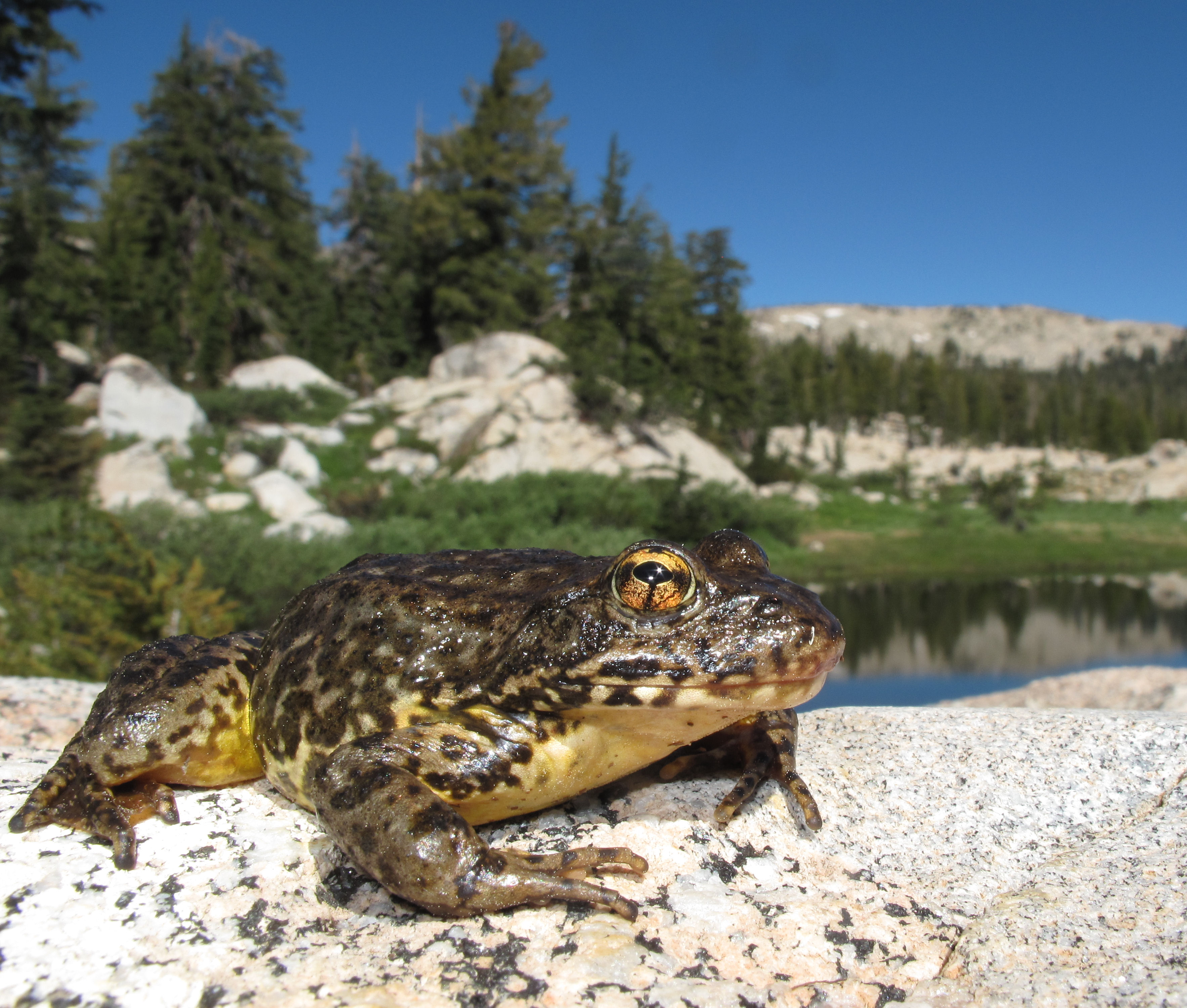