Authors: Erin Muths; Brent H Sigafus; Blake R Hossack; P E Howell
August 21, 2017
An interpretive sign was installed on August 1st, 2017 near the headquarters and visitor information office at Buenos Aires National Wildlife Refuge (BANWR, Sasabe, Arizona). The sign provides information on the federally-threatened Chiricahua Leopard Frog (Lithobates chiricahuensis) and is located next to an example of typical habitat (a cienaga). In addition to the biology and behavior of this desert frog, the sign gives a friendly reminder to brake for amphibians on Refuge roads, especially during the summer monsoon season when amphibians are more likely to be moving between habitats; in the desert, as for many animals, the cienagas and cattle tanks retain water and are key refuges during drought.

This interpretive sign, the first highlighting an amphibian on BANWR, was originally designed to educate visitors about the Chiricahua Leopard Frog, but the sign has become a template and an inspiration for further educational efforts. Additional signs are in the works at BANWR to provide interpretive information along a planned nature walk near Refuge headquarters and at the flight pen for the federally endangered Masked Bobwhite Quail. Based on the design of the Chiricahua Leopard Frog sign, interpretive information is being created to highlight all of the diverse flora and fauna at BANWR and give the visitor a better idea of the complex and interconnected lives of the organisms they might encounter as they enjoy the scenery and arid landscape of the Refuge.

The Chiricahua Leopard Frog interpretive sign was a concept initiated during a stakeholder meeting in February 2017, at BANWR, where decision science methods were applied to discuss refuge priorities (e.g., Chiricahua Leopard Frog conservation, general refuge management). Stakeholders included personnel from U.S. Fish and Wildlife Service, Arizona Game and Fish Department, U.S. Geological Survey, and the University of Georgia. The sign was designed through collaborative effort among those entities and funded via Jones-Lovich grant in Southwestern Herpetology from
the Herpetologists' League. Work on declining amphibians at BANWR and the Borderlands was initiated by Cecil Schwalbe (USGS, ARMI-retired) and has been continued by Brent Sigafus, Blake Hossack and Erin Muths (Rocky Mountain and Southwest ARMI). 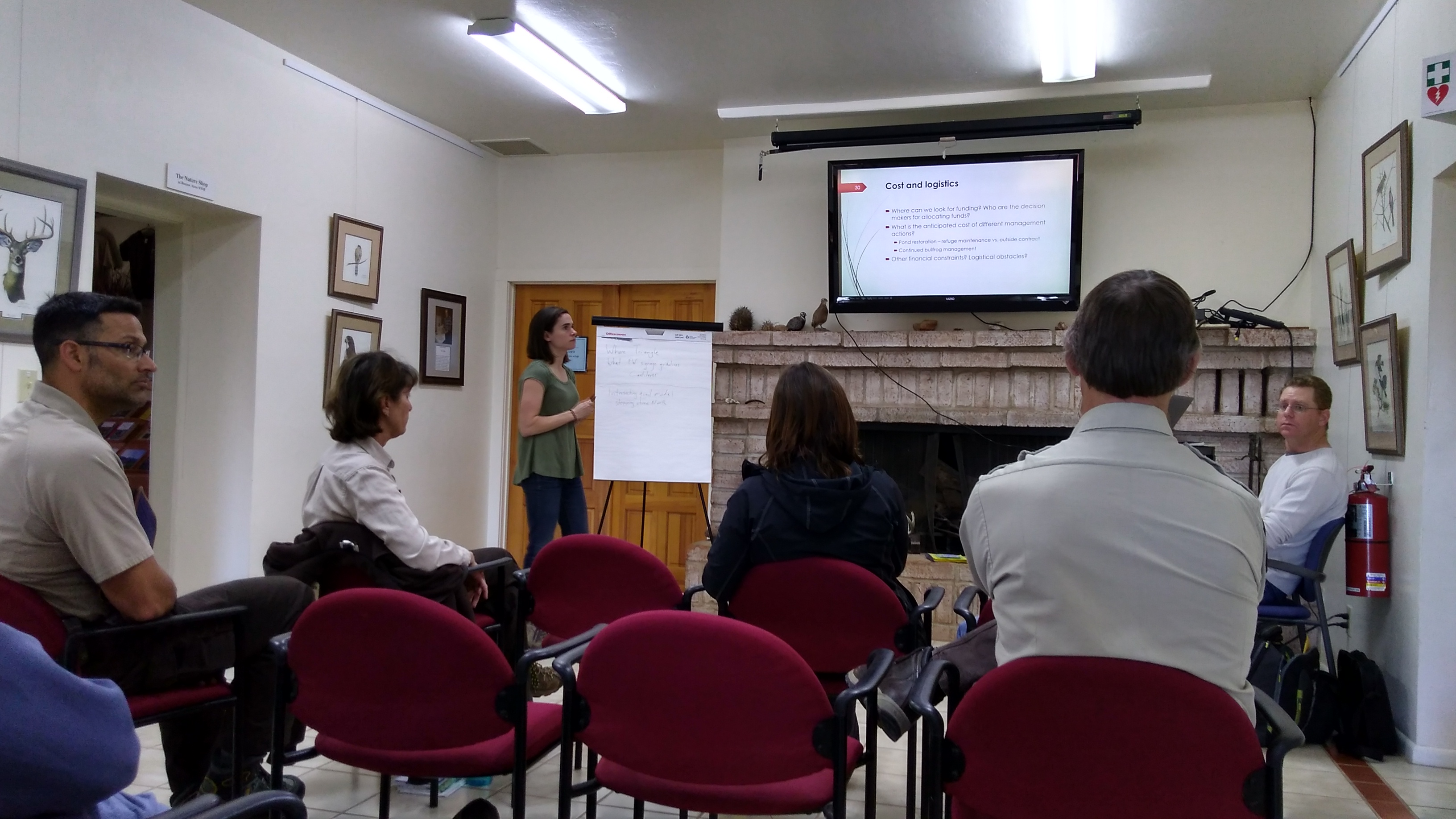 Decision Science at BANWR led by Paige Howell.
Photo by: Hossack B 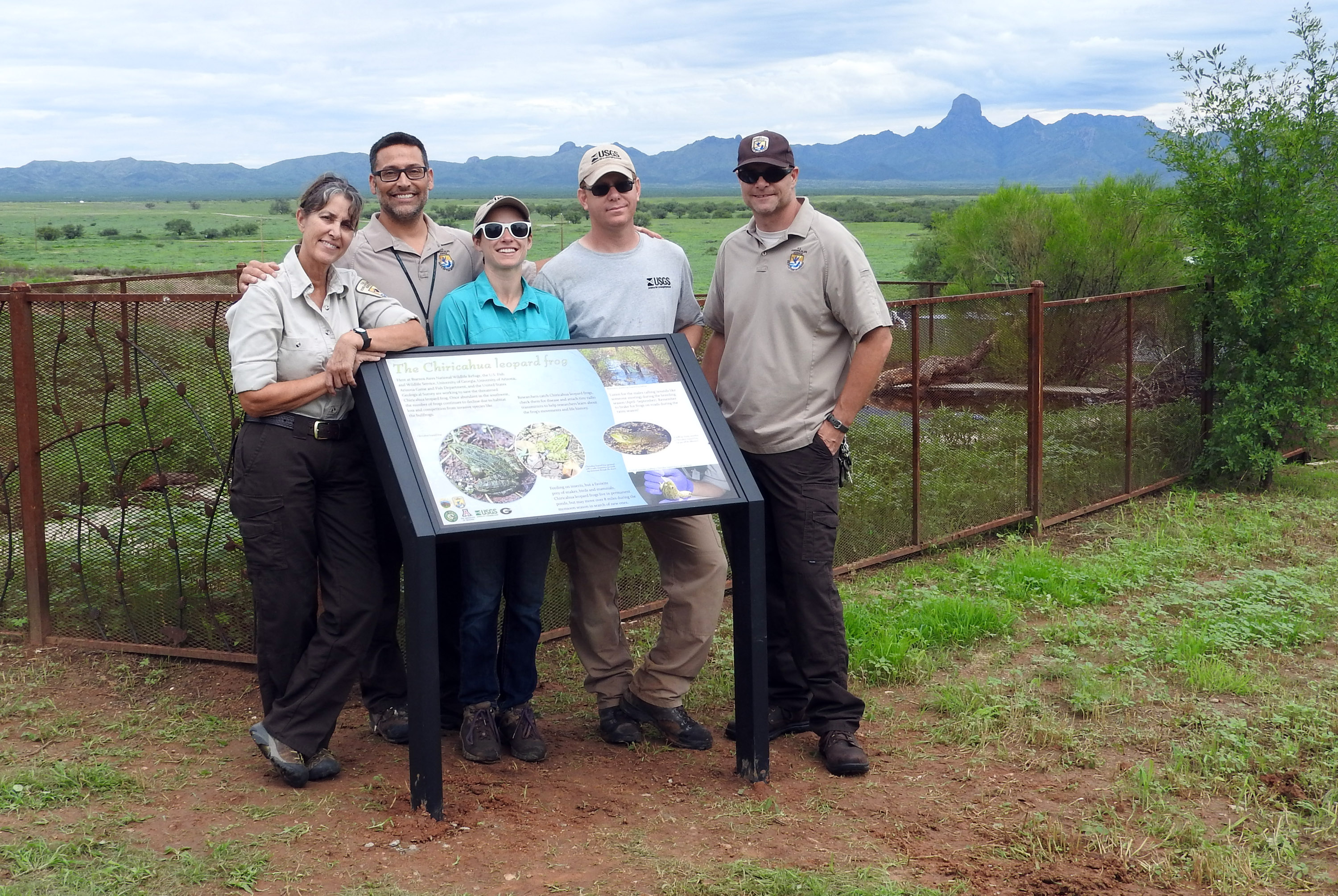 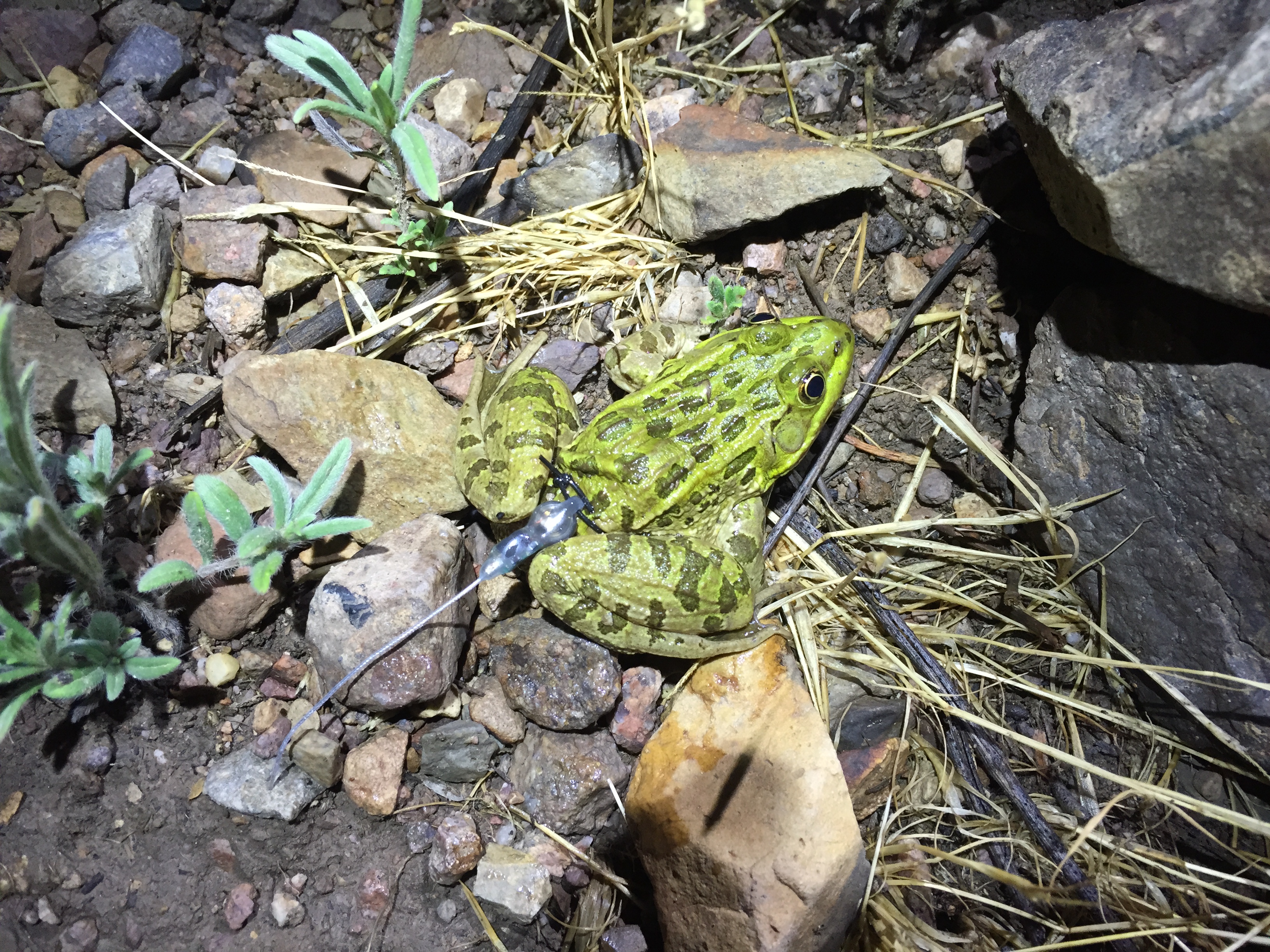 Chiricahua Leopard Frog (Lithobates chiricahuensis) with a radio transmitter. This project, one of several taking place at BANWR is looking at frog movements around the landscape and their use of habitat. This information is used in making predictions about the persistence of populations and the timing and scope of management.
Photo by: Sigafus B 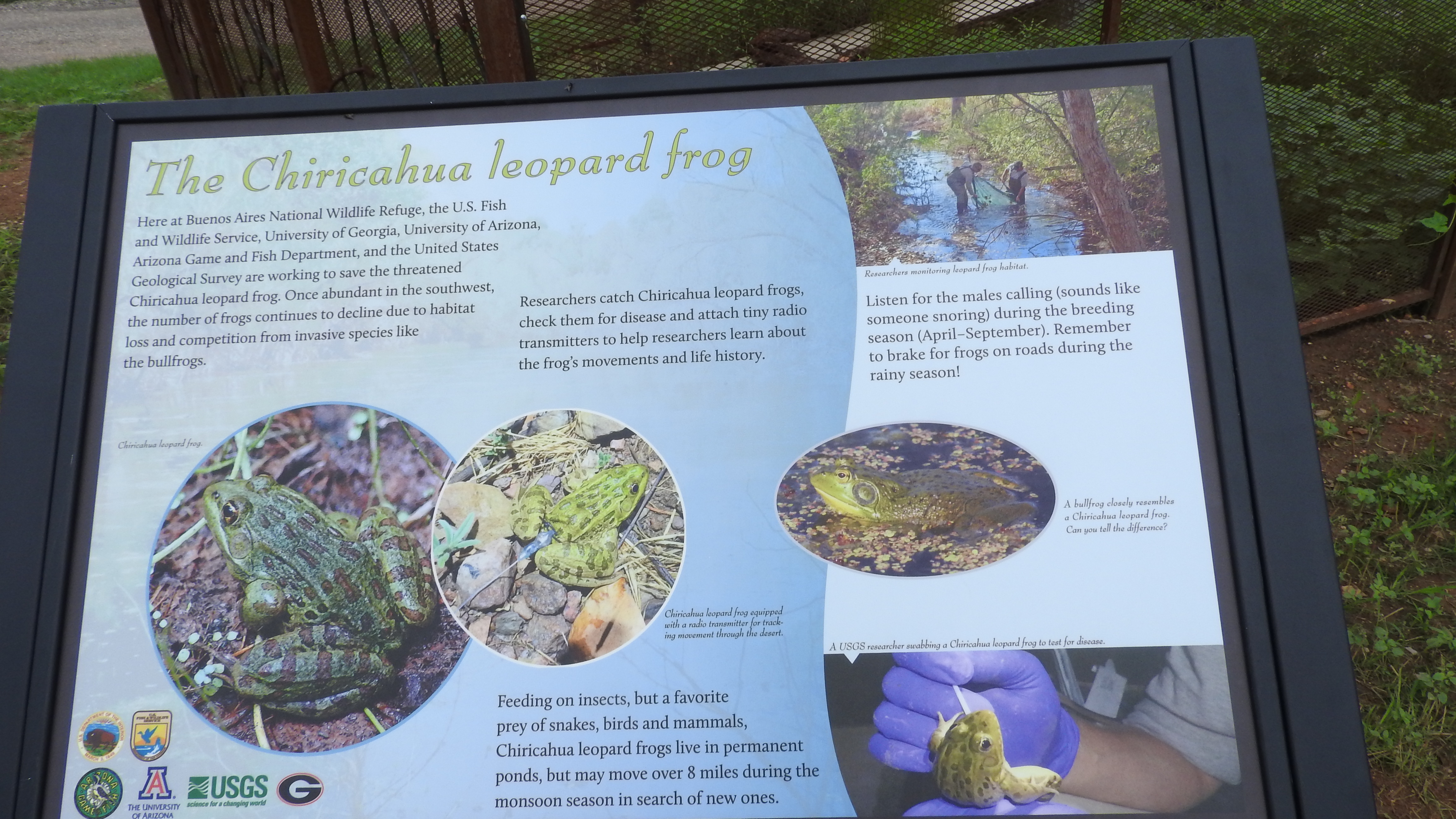 Close-up of the new interpretative sign at BANWR.
Photo by: Sigafus B