Authors: R N Fisher; A R Backlin; E A Gallegos
June 27, 2018
The USGS has been leading the recovery efforts for the Southern Mountain Yellow-legged Frogs (Rana muscosa) since 2000, in partnership with the USFWS, California Department of Fish and Wildlife, US Forest Service, Los Angeles Zoo, San Diego Zoo Global, and other partners. On June 26 and 27, 2018, 1000 tadpoles produced from captive frogs raised at the Los Angeles Zoo were released into the San Gabriel Mountains National Monument for the first time. These were placed into two different watersheds. More releases are scheduled for later in the summer, but this is a pivotal step in the recovery of this species back onto federal lands within its historic habitats. 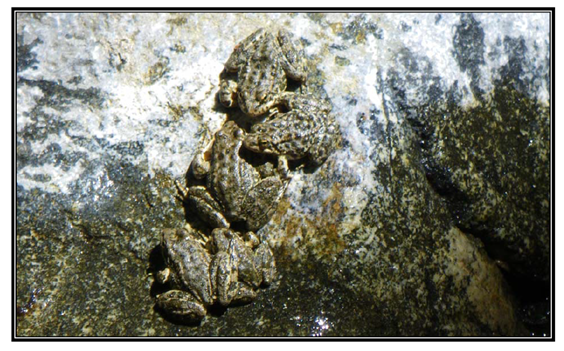