By: Waddle JH; July 22, 2020
The salamander chytrid fungus (Batrachochytrium salamandrivorans), commonly known as Bsal, has caused massive mortality of salamanders in Europe. There is a high potential for spread of the disease to North America through the international pet trade. Because North America has the highest diversity of salamanders in the world there is heightened concern about the potential for this devastating disease if it becomes established in the U.S. The U.S. Fish and Wildlife Service declared many salamanders as injurious under the Lacey Act and prohibits the importation of them to the U.S., but there are still potential means for the disease to spread. We conducted a large-scale surveillance effort for Bsal across the U.S. taking 11,189 samples from 594 sites in 223 counties within 35 U.S. states and one site in Mexico. We targeted sites that were believed to have high risk of Bsal introduction or where the consequence of a Bsal introduction would be high. We sampled for Bsal by swabbing amphibians, primarily newts, and attempting to detect the DNA of Bsal using standard genetic techniques. We found no evidence of Bsal in any of our samples, and our modeling suggests that it is highly unlikely that Bsal is widespread if it is present at all in North America at this time. The apparent absence of Bsal in North America suggests that efforts to prevent and prepare for its introduction are productive. 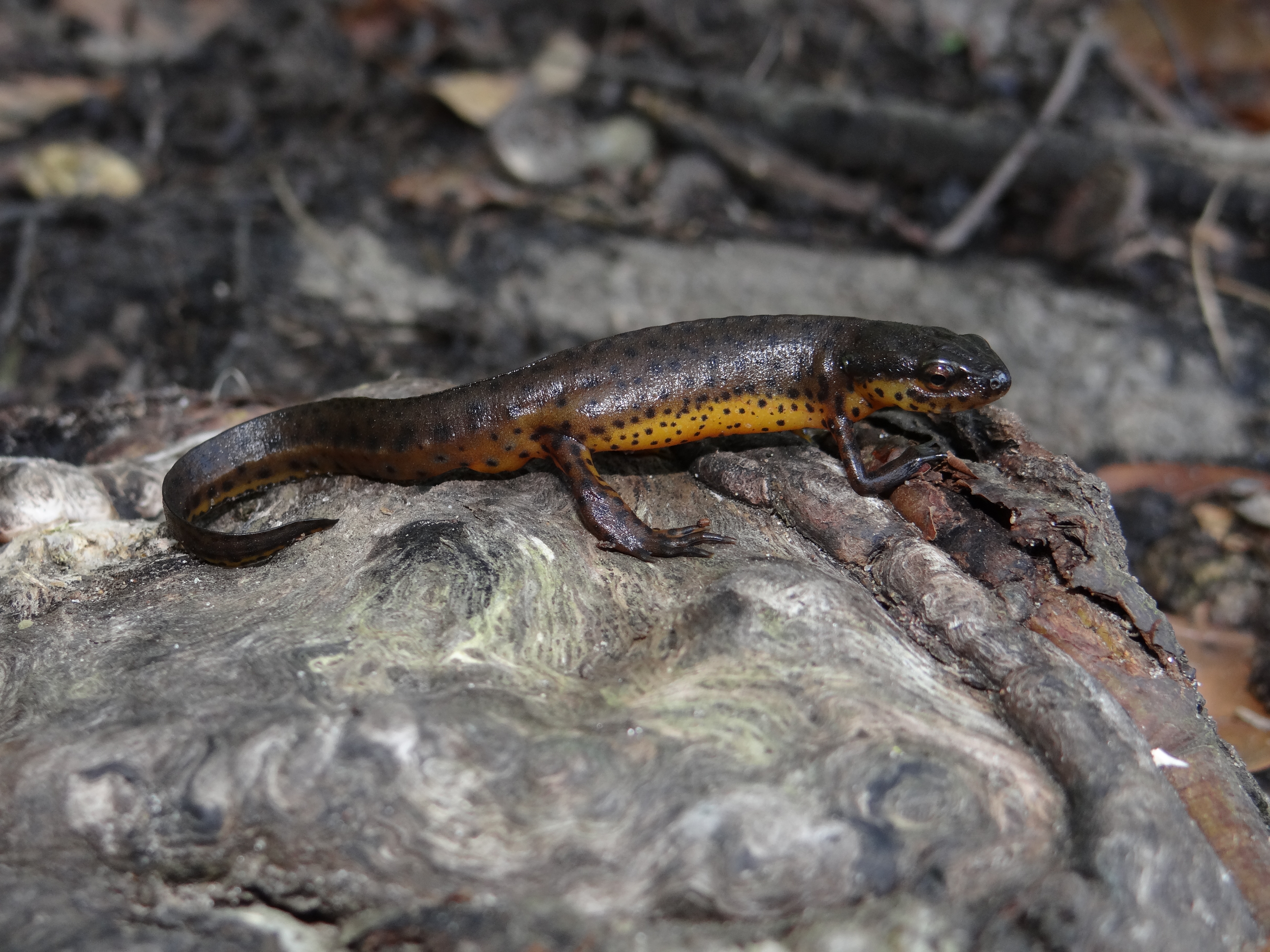 The Eastern Newt (Notophthalmus viridescens, a targeted species in the eastern United States during this study due to its known susceptibility to the chytrid fungus.
Photo by: Glorioso BM

Map showing 594 sites in 223 counties within 35 U.S. States and one site in Mexico where ARMI collected 11,189 samples from 54 species during this study.