Authors: Erin Muths
October 30, 2012
This story first appeared at www.fort.usgs.gov/Blackrock/ as a science feature for the Fort Collins Science Center.

Amphibian decline is a problem of global importance, with over 40 percent of species considered at risk. This phenomenon is not limited to the tropics or to other countries; amphibian species in the United States are also declining, contributing to the larger global phenomenon. For example, in Wyoming, the Wyoming toad has been extirpated in the wild and the boreal toad is a species of special concern. Habitat loss (especially of wetlands) and disease are two examples of perturbations contributing to amphibian decline.

Wetlands harbor a variety of wildlife from large ungulates to amphibians the size of a U.S. quarter. Because many amphibians depend on wetlands for breeding, feeding, and rearing young, the availability of wetlands is important to maintaining amphibian diversity and presence across suitable habitat.

Amphibian Research in Wyoming
In northwestern Wyoming, scientist Erin Muths (U.S. Geological Survey, Fort Collins Science Center) has been leading a team of researchers investigating amphibian decline at a study site on the Blackrock Ranger Station compound on the Bridger-Teton National Forest. The work began in 2003, when Dr. Muths and David Pilliod (USGS Forest and Range Ecosystem Science Center) were awarded competitive funding from the USGS Amphibian Research and Monitoring Initiative (ARMI). The research team of Dr. Muths, Dr. Pilliod, and Drs. Steve Corn and Blake Hossack (USGS Northern Rocky Mountain Science Center) collaborates with the U.S. Forest Service (USFS) and other entities to study population demographics and disease ecology for the four species of amphibians that reside on the USFS Blackrock compound.

The Blackrock research site focused initially on an oxbow pond separated from the Buffalo Fork River by levees, where boreal toads (Anaxyrus boreas), Columbia spotted frogs (Rana luteivensis), chorus frogs (Pseudacris maculata), and tiger salamanders (Ambystoma tigrinum) were breeding. However, natural and human-made changes to the immediate landscape have caused concomitant changes to breeding habitat and increased the scope of the research.

Construction on Wyoming Highway 26/U.S. Highway 287, which disturbed existing wetlands, included establishing a mitigation site (as required by federal and state laws). The mitigation site, located on the USFS Blackrock compound near the existing research site, may prove more valuable to amphibians than first thought. Heavy, late-spring runoff in 2011 and 2012 breached the levees between the oxbow and the river. These natural events are thought to have wiped out amphibian breeding efforts at the oxbow, leaving reproduction at the mitigation site as the only viable effort in these years. As a result, after only two years since establishment, two of the four species of amphibians that bred in the oxbow are using the mitigation site to breed.

In the Rocky Mountains, the timing of amphibian reproduction is linked to the timing of snowmelt and subsequent spring runoff. These springtime events are likely to be affected by climate change, which in turn can influence wetland availability and persistence. Wetlands (both natural and constructed, like those established through mitigation efforts) are vital to the reproduction and persistence of amphibians across the landscape. Understanding climate dynamics in relation to wetland availability is an important component of managing landscapes that provide habitat for a wide diversity of wildlife, from large ungulates to toads to macroinvertebrates.

Collaborative research among USGS scientists, the Northern Rockies Conservation Cooperative, and the USFS has been funded for 3 years by the Wyoming Highway Department (WYDOT). This research effort will assess mitigation sites and natural sites to compare differences in habitat (physical site characteristics), demographics of the amphibian species, insect communities, disease presence and impact, and amphibian occupancy across the immediate landscape. Our goals are to track multiple populations of amphibians over time to better understand population-level host-pathogen dynamics, assess potential shifts in occupancy across the landscape, and determine the efficacy of the mitigation efforts at Blackrock. Results of the investigation will support Forest Service management of the amphibians and help refine protocols for future mitigation efforts required of WYDOT.

USGS research over the last 10 years has contributed to our understanding of site characteristics and the population dynamics of the boreal toad, providing information that is critical to the expanded project detailed above. For example, our previous data indicate that the boreal toad population at Blackrock is declining at 5–6 percent per year, and that disease due to the amphibian chytrid fungus (Batrachochytrium dendrobatidis) is contributing to this decline (Muths et al. 2008, Pilliod et al. 2010, Murphy et al. 2009, 2011). This fungal disease is not unique to Wyoming but is affecting amphibian populations worldwide. However, we’ve also shown that the Blackrock toad population is not crashing as has been the fate of some other boreal toad populations in the western United States (e.g., Muths et al. 2003). In fact, at some level the population is compensating for poor survival by increasing recruitment (Muths et al. 2011).

In addition, the value of our early data on boreal toads and chorus frogs will be increased by complementary data on salamanders and Columbia spotted frogs. Including other amphibian species will allow us to unravel connections among species and examine disease resistance, the roles of species as vectors, and competition.

In a larger context, understanding how amphibians (1) use previous natural habitat and mitigation sites and (2) shift demographically in response to disease will inform their conservation. As climate change affects amphibian habitat, especially wetlands, detailed information about assemblages of amphibians in their natural habitat becomes even more important. The USGS research team’s work at the Blackrock site is poised to contribute to these efforts. 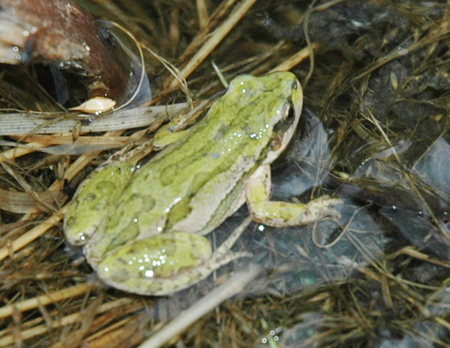 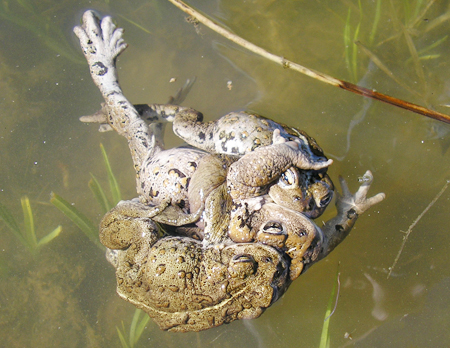 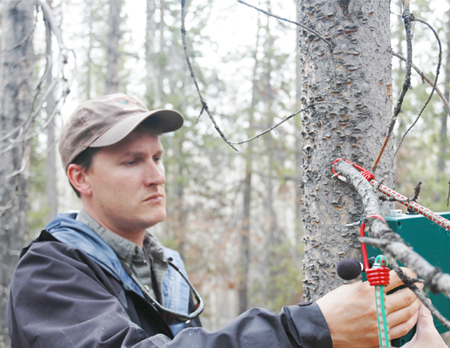 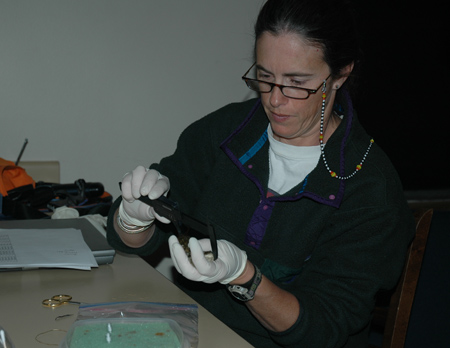 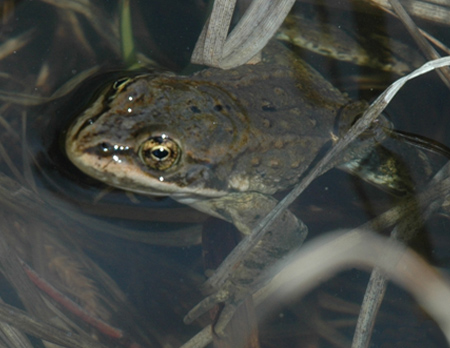 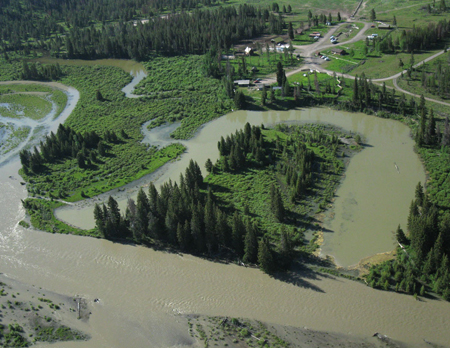 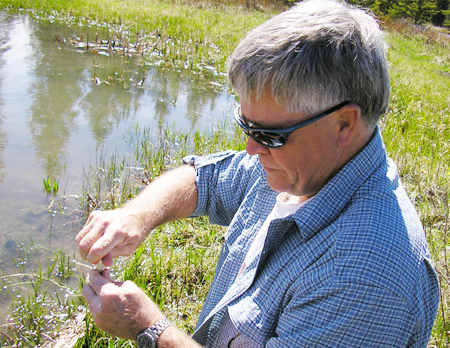 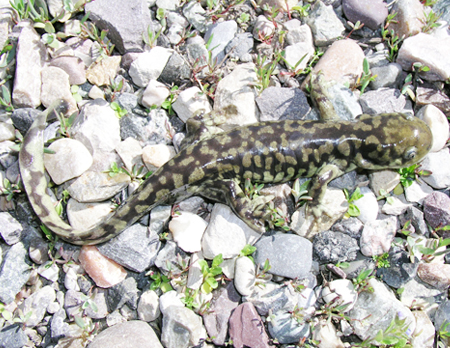